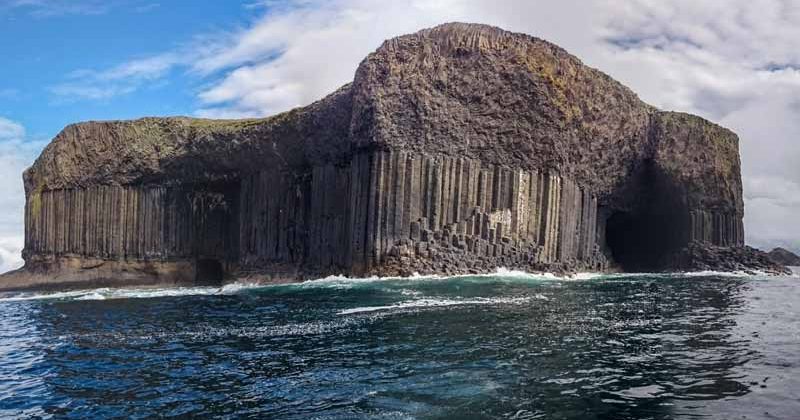 Fingal’s Cave is a sea cave situated on the Island of Staffa in the Inner Hebrides of Scotland. The island is inhabited and owned by the National Trust of Scotland.

The cave has a large arched entrance that is directly connected with the sea. The best time to visit the cave is between April and September each year with many travel operators offerings tours to the Island of Staff and the cave.

If you are lucky, it is safe to stop off at the island’s landing area (as some of these cruises permit) and walk the short distance to the cave, where a row of fractured columns forms a walkway just above high-water level permitting exploration on foot. From the inside, the entrance seems to frame the island of Iona across the water.